I won this from my drinking buddy I have never yet met, Debbie Crumpet- I will be doing another post on all my preciouses when a runaway bottle makes it back across the pond, but for now I wanted to shock and awe you with the hidden gem called Ozotic 520. It's a duo or multi chrome depending on where you are- inside it shimmers red gold to bronze. But just step outside or even get near a window, and I don't know if it's the UV rays or what, but colors come out of the woodwork! Outside the shade reveals a deep ruby while the sun coaxes out a new-penny copper with a hint of green around the edges. Stealth polish, this is. I layered two coats over a base of Seche Rebuild and two coats of Orly Liquid Vinyl. Poshe topcoat (which, by the way, an hour later was still dentable- back to Seche Vite for me!)

inside under CFL light 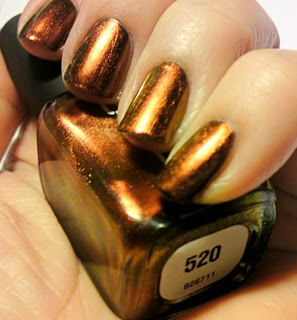 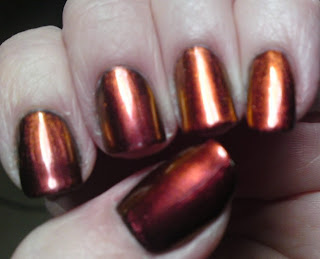 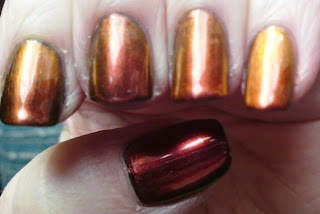 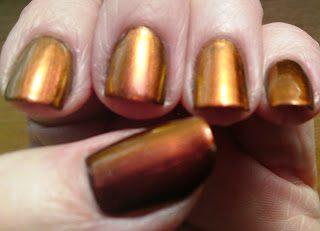 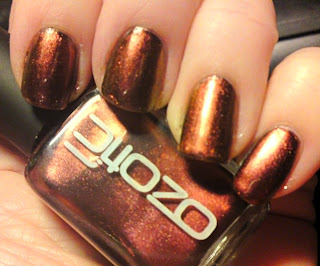 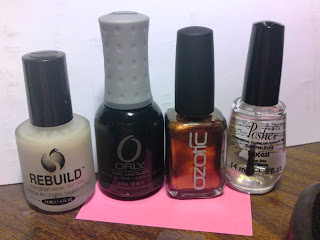